Players of the original Axis and Allies game will find a more challenging version with the Axis and Allies Revised Edition. Learning the ins and outs of the strategy of the game can help you achieve victory in a battle with your fellow players.

Axis and Allies Revised Edition is a war game that focuses on the major combatants of World War II: Germany, Russia, Japan, the United States and the United Kingdom. Each player starts with resources, battleships, and combat troops arranged in the different territories controlled by their country. The gameplay involves players attacking each other's territory, spending resources to buy armies and planes, and trying to win the game by capturing resources or taking over enemy capitals.

Each country has a different opening strategy that helps you start the game off right. While there are many ways to open, there are some Axis and Allies Revised Edition strategies that can help you win the game with your chosen country. You might be tempted to follow historical information to inform your strategy but you're better off working against each player in the game "as they are" and calculating your strategies off the strength and weakness of each player. 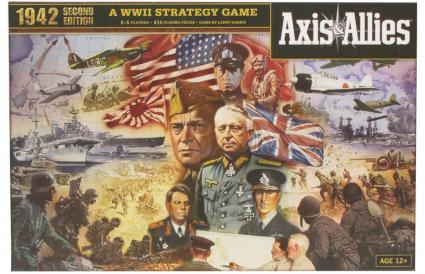 Playing as Germany works best when you attack the navy of the United Kingdom right away.

You have more money in this game, so go for buying infantry and transports.

Playing as Russia, you will need to build immediately your infantry and defenses in order to deal with Germany both for defense and offense.

There are a few different strategies you can consider when playing as the United Kingdom.

At the beginning, the United States is not as active in combat as other countries so your best strategy is to do what you can to support your ally, the United Kingdom.

Other Axis and Allies Strategic Concepts

In addition to thinking about how you would play as each country, there are some concepts that can help inform any strategy and lead to success.

The Axis and Allies forum website urges players to have overall goals to win the gain and to focus on the main goal rather than worrying about smaller battles over unimportant resources. Remember always you should have a definite strategy ahead of time to win the game, which means capturing your opponent's countries. This also means do not place units and resources in harm's way if they are not directly related to your goal.

Use Math to Win

Much of the strategy of Axis and Allies can be boiled down to probability and numbers. Spending time with each round calculating the odds of winning against your allies and enemies changing strength is critical to a successful strategy. One particularly important step is calculating your die points and that of your enemies at each turn. If your enemy is clearly likely to win with a higher number of die points, you should consider using your turn to bolster resources rather than attacking. Likewise if you can predict that victory is assured, attacking may be wise, though you should always keep the long term in mind when executing a strategy.

Think about your overall goal when making purchases. It's smart to have a plan in mind when making your early purchases as this can significantly impact the strength of your position as the game progresses. Focus overall on defense as this will keep other players from making incursions into your territory and weaken their forces. You want to always make sure you have your opponents on the weaker position compared to yours.

While you'll need to purchase a variety of units such as bombers, fighters and tanks, buying infantry first will help you defend your territory and allows you the chance to build up your attack capability for later on in the game. Infantry also cost less than other options and you can get more out of spending less at the beginning. Avoid buying tanks early on as you won't be able to defend them without a sufficient infantry force.

Axis and Allies Revised Edition is a game that requires both strategy and flexibility in order to be a success. Board game lovers who enjoy history and challenging, thoughtful gameplay will enjoy the game provided their strategy for winning is successful!