Bunco is a dice game that's been around since the 1800s and is a favorite at parties and social gatherings. Although players enjoy adding their own variations to the rules, there are some basic guidelines to follow to enjoy the game.

The Object of Bunco

The players roll the dice and accumulate "wins" or "Buncos." The winner is the player with the most "wins" or "Buncos" at the end of play. The game is played in sets which consist of six rounds and is usually between two and four sets total.

Using Adobe Reader, you can download and print out the game rules and scoresheets for Bunco. It's handy to have the rules with you when playing, especially for brand new players. You can access a helpful Adobe guide if you need help with the download. 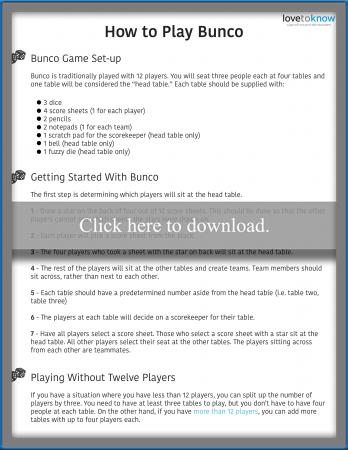 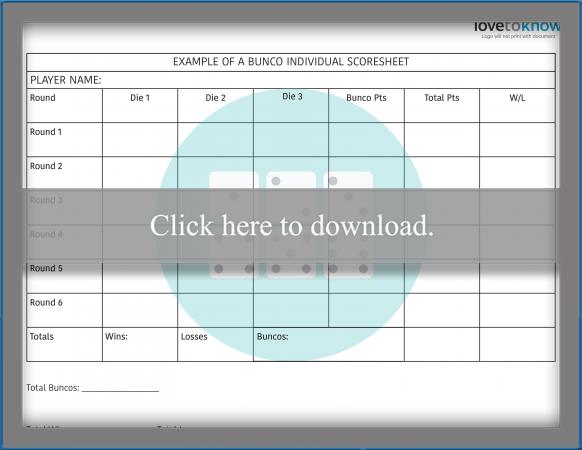 Bunco is a classic game traditionally played with 12 players. You will seat three people each at four tables and one table will be considered the "head table." Each table should be supplied with:

Getting Started with Bunco

The first step is determining which players will sit at the head table.

Playing With an Odd Number of Players

You can play with an odd number of players if you use a "ghost." The partner of the ghost rolls the dice and keeps score for the ghost.

When the players have decided to end the game with their last round, the scorekeepers should review the scoresheets to determine the winning team.

There are many variations with Bunco that players enjoy. Some common ones are:

While Bunco may seem a bit complicated at first, once you start, you'll see how fun and easy the game is to play. Bunco is a terrific game for a group gathering and you can be creative with the basic rules by adding in variations and prizes that ensures everyone has fun no matter what their final score is.