Buzzword Game is a fun, family friendly card game that tests your ability to solve clues and figure out the saying before the timer runs out. This is the perfect party game to play because the more players that participate, the better shot your team has of solving the Buzzword phrases.

To win Buzzword game, each team must solve the most clues with 50 points as the final winning score. Buzzword Game works for kids age 10 and older and is a fun game for adults to play too. You will need at least four players to participate, giving each team two players. Typically, the more players you have the more fun the game is to play. Buzzword Game takes around an hour to play through, but you can set a time frame or edit the total high score to suit your playing needs. Buzzword Game can be purchased for around $15 to $22 depending on the version selected. 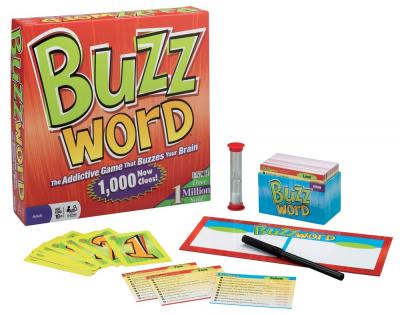 This lively and addictive word game requires minimal set-up and is easy enough so the entire family can play together. The game includes:

How to Play Buzzword Game

If you have a fairly good memory and the gift of gab, then you will do very well playing Buzzword. To start, players must form two teams. During each team's turn, a card is drawn that contains a "Buzzword" and 10 clues. The answer to each clue must include the "Buzzword." For example, if the "Buzzword" is "apple," and the first clue is "The object of my affection," the answer would be "Apple of my eye." If the "Buzzword" is "ball," the clues and answers would be:

One point is awarded for each correct answer. However, any unanswered clues are given to the opposing team for a chance to steal a point, so be sure to keep answers to yourself once your turn has come to an end. The first team to reach 50 points wins the game.

The easiest way to win is to pick solid team members who are good with riddles. Other strategies include:

With the game's popularity, a few new versions have come out to ensure the game is up to date. Older editions may only be available via resellers, like eBay, and can cost anywhere from $10 to $50 or more, depending on condition and availability. Versions and updates include:

Pros and Cons of Buzzword Game

Buzzword is ideal for small parties or family get-togethers. The original version is recommended for individuals age 10 and up, but any quick-thinking youngster could contribute to his team provided he understands the rules of the game. Buzzword Junior is also a great option for those younger than 10 years old who would like to play. If your family enjoys playing games like Taboo and Catchphrase, then Buzzword is a definite must-have for your game collection. Like its counterparts, Buzzword game has its pros and cons.

There's a lot to like about Buzzword game including: 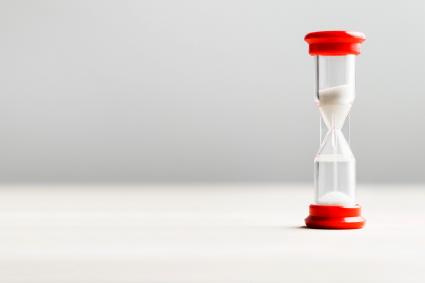 While Buzzword game is fast paced and easy to play, it does have a few minor drawbacks, including:

Buzzword Game is an awesome option to play with friends and family members and is an appropriate choice for those age 10 and older. Not only is Buzzword Game a great learning tool for younger kids, but it's also a fun game for adults to play as well.