If you are looking for a great way to entertain friends the next time you host a party, consider putting a round or two of Catch Phrase on your activity list. This fast-paced board game for adults is a terrific way to spend an evening.

Catch Phrase is available in both traditional and electronic versions. It is designed to be played by four or more people, who split into two teams. The object of the game is for the team members to guess an assigned word based on clues provided by their team's clue giver. In the board game version, the word is displayed in a disc. 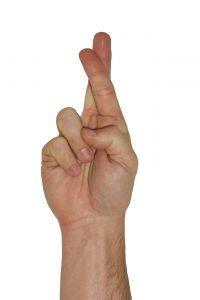 The team member with the role of clue giver provides his or her teammates with clues designed to lead them toward guessing the correct word. Legal cues include physical gestures and most words. The clue giver is not allowed to tell his or her teammates the number of syllables in the word. He or she is also not allowed to give the first letter of the word or utter any part of the word. Additionally, it is not legal to use words that rhyme with the assigned word as clues.

Once someone on the team guesses the word correctly, the disc is passed to the other team and a new word is displayed. The team that is not holding the disc when time runs out scores a point, and the members are allowed one attempt to guess the word, earning a bonus point for a correct answer. The winning team is the first one to score a total of seven points.

Teams try to complete their turns as quickly as possible, so as to not be left holding the disc when time runs out. The game quickly turns to laughter and hilarity as the clue giver quickly rattles off hints and makes wild gestures to hurry the team along to guessing the word. Some of the guesses that players make are likely to be even more entertaining than the game itself.

The traditional version of catch phrase comes with a word disc, a timer, a scoring sheet, and a storage tray. Each side of the word disc has 72 words, and players press a button on the disc to advance the list. Two AAA batteries are required for the word disc.

The electronic version of this game is played the same way as the traditional version. Instead of the word discs and cards, the electronic game component randomly selects from among 10,000 words and phrases, displaying the chosen word on an LCD screen. The timer and scoring mechanism are built in to the unit. This version requires three AAA batteries.

Music buffs are sure to enjoy playing the electronic Catch Phrase Music Edition game, which is programmed with questions related to popular songs from different musical genres, including pop, rock, hip-hop, R&B, and country hits from the 1970s through today.

Even though Catch Phrase is designed for players ages 18 and older, there is a special kid's edition of the game. Youngsters eight and older will enjoy playing the electronic Catch Phrase Junior game. It functions the same way as the electronic version for grown-ups, but is pre-programmed with 5,000 words and phrases appropriate for children.

When you include any version of Catch Phrase in your next get-together, everyone is sure to have a great time. Your friends are sure to enjoy this hilarious guessing game that will keep them thinking and laughing at the same time.

Comments
© 2006-2021 LoveToKnow, Corp., except where otherwise noted. All Rights Reserved.
About Catch Phrase, a Fast-Paced Game Adults Can Enjoy