The Clue board game has become a classic mystery-solving game since it was first created in 1949. In this popular whodunit, players try to figure out which of the characters, who are all named after colors, committed a murder, what weapon was used to commit the crime, and where it was committed. The poor murder victim is named Mr. Boddy, and the characters are all suspects.

The original Clue game came with several characters that have delighted adults and Clue juniors alike. Dive into some of your favorite Clue characters' personas.

Throughout the years, Mr. Boddy has changed but in the beginning, he is the owner of Tudor Manor or Boddy Mansion. This unseen host is the star of a murder that millions of adults have tried to solve. After inviting his closest friends, including Colonel Mustard and Mrs. White, Mr. Boddy ends up dead.

This character is represented by the color yellow. He is your typical adventurer with a rich military background. Colonel Mustard (his first name in the British version is Michael) continues to practice archery and shooting by going hunting. He's a dashing and handsome man with a proud demeanor. He loves to challenge people to a duel if they cross him, and he isn't afraid to speak his mind. A bachelor, Colonel Mustard has been smitten by Mrs. Peacock and Miss Scarlet. He is a tough man to accuse, so you had better be right.

Blanche White is the maid of the manor whose pawn color is white and isn't exempt from any accusations. She's got the common characteristics of an old biddy. She owns nothing to her name and takes her domestic duties very seriously. If something is out of place, she had better not know about it.

Professor Plum is the purple pawn. He would be the smartest man on the planet if he wasn't so scatterbrained. Slightly balding and middle-aged, Peter Plum can't remember where he's been the last five minutes of any part of any day, so how could he remember if he murdered Mr. Boddy or not? He's a simple, intelligent man and good-natured at heart, but he likes to steal his own things. That's because he's just absent-minded enough to do so!

Mrs. Peacock is a widow who is dressed in blue. Her latest dead husband's estate is almost all gone because she must maintain an extravagant lifestyle. She's proper and has excellent manners, but is this just a disguise for her past? All four of her husbands have either disappeared or have died mysteriously. Is Mr. Boddy her fifth victim?

Mr. John Green, indicated by the green pawn, is a smooth talker. His family is made up of shysters. His dad is a lowdown thief and his mom tells fortunes wherever and whenever she can. Guess what: she's not a psychic. Mr. Green found a calling in spirituality. This means he sets up traveling tents and asks people to give him money which is for the less fortunate, and that means the money is for him. During his travels, "Reverend" Green met and had certain dealings with Mr. Boddy. Did Mr. Boddy have something on the Reverend?

Represented by the red piece, Miss Scarlet is the sexy flirt of the suspects. She knows she is beautiful and will flaunt that to her advantage. At a young age, she received all the attention and this made her mother mad. Miss Scarlet believes her mother is hiding massive amounts of wealth and since her mother won't share this money, the younger Scarlet has taken to dating wealthy bachelors. She jumps from one to the next without a thought, hoping her beauty and charm will carry her through into the next will. 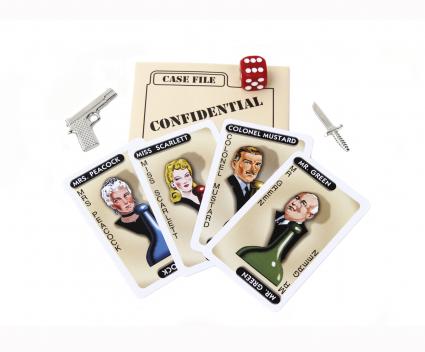 In 2008, Hasbro updated the board game Clue and changed many of the characters to give them more modern personas. 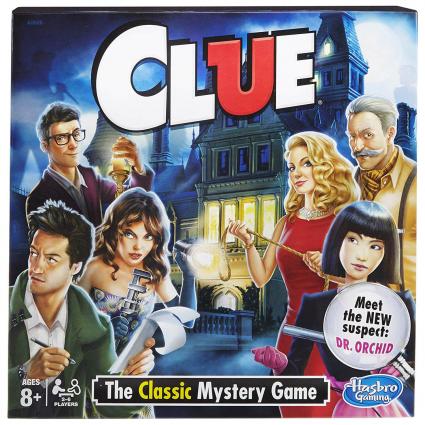 The Death of Miss White

In 2016, Hasbro said goodbye to their first character since the games inception. With the death of Mrs. White, the newest character Dr. Orchid was born.

To step outside of stereotypes, Dr. Orchid is the first female character that has a real job, which includes a Ph.D. A scientist specializing in plant toxicology, Dr. Orchid, who appears to be of Asian decent, has ties to the Boddy family. With a rich backstory, Orchid was educated in Switzerland until an accident left her being raised by Mrs. White. This new character adds a new angle to an already fun family game.

While the characters may have changed through the board game and online versions, the premise of the game Clue remains the same. Every character has the means and motive to commit the crime. Your job, as a player, is to track who acted on that motive and how he or she did it, which makes for an entertaining game that is different each time you play.

Comments
© 2006-2021 LoveToKnow, Corp., except where otherwise noted. All Rights Reserved.
Characters of the Board Game Clue: A Look at Your Suspects