In strategy games, it's the players' tactics throughout the game, rather than chance, that influence the outcome. The best board games in this genre are both educational and enjoyable, allowing players to sharpen their minds and hone their critical-thinking skills while having a great time.

Chess, checkers and Monopoly are some of the most well-known strategy games, but they're really just the tip of the iceberg. Here are a few other games that deserve a place on any game aficionados' list of favorite strategy board games.

The Settlers of Catan

Released in 1995, The Settlers of Catan is a strategy-focused, civilization-building game that originated in Germany. In the game, players take on the role of settlers who must cultivate and develop their settlements, trading resources with other players as necessary to accomplish their goals. The Settlers of Catan is designed for three to six players ages 10 and older. Since its release, it has won several notable awards, been translated into 30 languages, and sold more than 15 million copies. 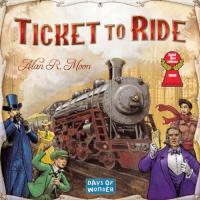 Ticket to Ride is another German strategy game. This one takes players on a cross-country train adventure and challenges them to use plastic train cars and clever strategies to connect cities along the route. The game is intended for two to five players ages eight and older, and boasts numerous accolades, including an International Games Award and Spiel des Jahres award. Ticket to Ride was also nominated for a Hungarian Game Award in 2010. 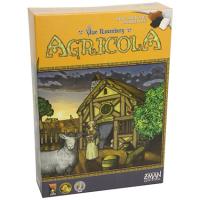 Published in 2007, Agricola is a farming-themed strategy game in which players compete to have the most balanced farm at the end of 14 rounds. The goal is to develop plowed fields for crops and fenced pastures for livestock, build a high-quality farmhouse, and have very little fallow land at the end of the game. Agricola can be played with three to five players ages 12 and up. It has won numerous gaming awards, including the International Gamers Award in 2008. 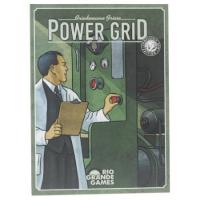 Power Grid is an English-language version of the popular German strategy game, Funkenschlag. In Power Grid, players play as companies that compete to acquire power plants and other resources necessary to supply electricity to the cities in their network. The game features a reversible board with a map of the United States on one side and a map of Germany on the other. Power Grid can be played with two to six players ages 12 and older. It is consistently well rated and has an average player rating of 8.2 out of 10, based on over 30,000 ratings, on the Board Game Geeks website. 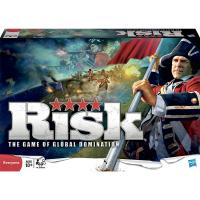 First released in France in 1957 as The Conquest of the World, Risk is a complex strategy, global domination game. The board itself features a map of the world divided into 42 territories that are grouped into six continents. Players are challenged to occupy as many territories as possible, while picking off the other players. Risk was designed for two to six players ages 10 and older, and is included in the Games Magazine Hall of Fame. 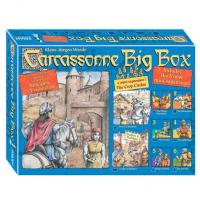 Published in 2000 and winner of many accolades including the prestigious Deutscher Spiele Preis in 2001, Carcassonne is a medieval-themed tile-placement game that tasks players with using randomly-drawn tiles to construct a thriving French village. The game is designed for two to five players ages eight and older, and is available in both English and German versions. Gameplay is simple and straightforward, but players must place the tiles strategically to earn the most points. 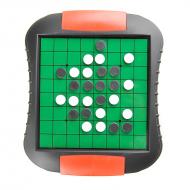 Othello, also known as Reversi, is a two-player strategy game that's played on an 8-inch by 8-inch board. Players take turns placing colored disks on the board while employing strategies that allow them to capture and control their opponent's pieces. Othello's simple gameplay makes it suitable for players ages five to adult. This classic game has the distinction of being included in the Games Magazine Hall of Fame. 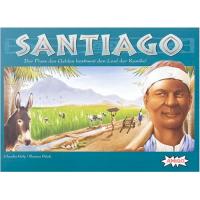 A complex strategy game first published in 2003, Santiago tasks players with cultivating a thriving Cape Verde Island plantation. Players buy plantations at auction, network with other plantation owners, and scheme to connect their plantations to a canal in order to secure adequate irrigation. The game is designed for three to five players and is suggested for players ages 10 and older. Santiago received the Meeples' Choice Award the year it was released. 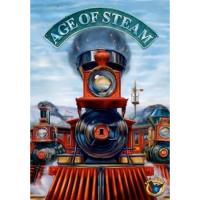 Released in 2002, Age of Steam is a strategy board game that centers around the development of railroads in the United States. Players must think tactically to build the most extensive network of tracks, finance state-of-the-art locomotives, set the best routes, and make enough money to pay their aggressive creditors. The game boasts more than 30 expansions and can be played with three to six players ages 13 and older. Age of Steam won the International Gamers Award in 2003 and has remained a favorite among strategy-game enthusiasts ever since.

Set in medieval Spain, El Grande is a popular strategy game in which players play lords vying for control of nine regions of a kingdom. The game is played in nine rounds, with scoring every three rounds. Players rally knights to their cause with the goal of controlling a majority of the knights in as many regions as possible during a scoring round. El Grande received the Spiel des Jahres and Deutscher Spiele Preis awards in 1996. The game is designed for two to five players ages 12 and older. 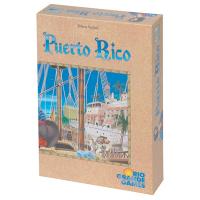 In the Puerto Rico strategy game, players assume the role of colonial governors during the island's European colonization. Players must cultivate crops, construct buildings, and ship goods back to the Old World to amass points. Published in 2002, Puerto Rico is designed for two to five players ages 12 and older. Puerto Rico is the sixth most popular strategy game on the Board Game Geeks website and boasts an average player rating of 8.7 out of 10.

Winning strategy board games requires a significant amount of consideration and planning, and players shouldn't expect to master these games overnight. By familiarizing themselves with the rules of the game and picking up hints and tips from more experienced strategy gamers, players can learn to build and execute successful strategies and continue to hone their skills.