Dreaming about traveling when you're stuck at home can be tough. You can enjoy the thrill of exploring new places without packing a suitcase through geography board games. These games can introduce you to captivating cities, breathtaking natural wonders and fascinating cultures. They also are an excellent teaching tool for children who can learn important geographical information while having fun with friends and family.

If you're looking to teach children about their home country, or want to test your own knowledge, these games focus exclusively on U.S. geography.

Great States is a memorable way to introduce children, and some adults, to the states in the U.S.A. Players learn about the states while they take turns matching colors, shapes, letters and objects. Children need to be able to answer questions about states, their capitals and more with a timer so they learn to think quickly.

Where in the World?

Players in Where in the World? learn the locations, names, ethnicities, religions and resources of 196 countries spread over six regional maps. In fact that game bills itself as "the most comprehensive world geography game." There are six levels of play, so this is a good choice if you have children of various ages and educational levels.

Game of the States

This game is an Amazon's Choice product with a customer rating of 4.5 out of 5 stars. Players move across a game board of the United States using trucks to buy and sell products across state lines. The game features fun STEM facts about each state making it a great choice for younger children to learn about the U.S. 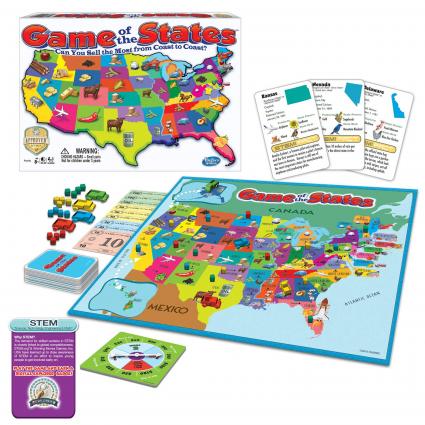 Game of the States

The Scrambled States of America

This fun twist on learning about U.S. geography involves using challenges, riddles and visual games to teach geographic facts. It's based on a popular children's book, The Scrambled States of America by Laurie Keller, and the book is bundled with the game. The game gets a 4.7 out of 5 star rating on Amazon with over 600 reviews. Not only does the game teach about U.S. geography but it helps children develop skills with visual discrimination and learning from observation. 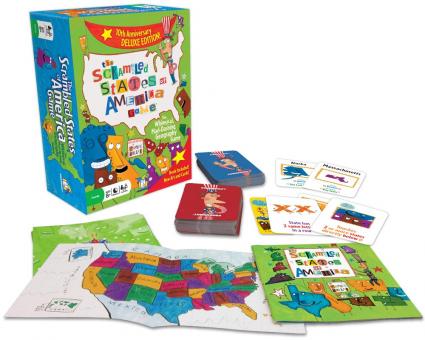 The Scrambled States of America

Homeschooling advice blog Our Journey Westward picks GeoBingo USA as one of their top choices for games that can teach children geography. The game is based on the classic rules of bingo with a game board featuring countries instead of numbers. Players receive cards for each state that has useful information like capitals, population, and more.

Continent Race is an award-winning game that was created by a six-year-old boy who was inspired during a long recuperation period in the hospital to make a new game. The game gets a 4.3 out of 5 star rating on Amazon. The game is designed to have different levels of play so it can be as easy or as challenging as you need based on the age of the players

Days of Wonder Ticket to Ride

Ticket to Ride is one of the most popular board games currently available. It's won many awards internationally. The game involves train travel across the United States during the year 1900. It not only teaches children and adults about the geography of the U.S. but also past history during the time of the dawning of a new century. 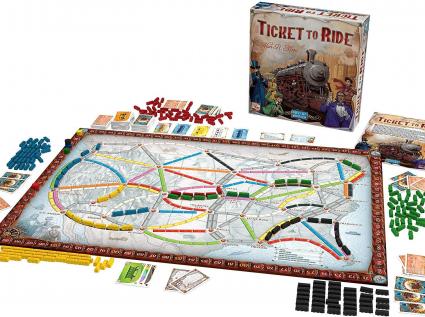 Trekking the National Parks: The Family Board Game

Another aspect of U.S. geography that shouldn't be overlooked is our stunning national parks system. In Trekking the National Parks, children and adults traverse a map of the U.S. and learn about the wide variety of natural wonders in this country. The game has won both the Mensa and Parent's Choice Gold Award and has a 4.7 out of 5 star rating on Amazon. 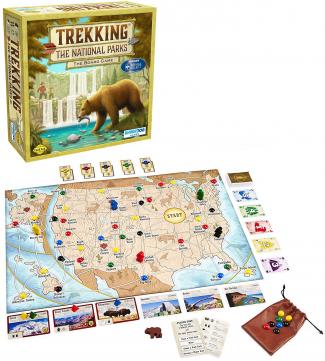 If you're a seasoned world traveler, or dream of visiting other countries, you'll enjoy these games which feature regions, cultures and countries outside the United States.

This game is a Tillywig Toy Award Winner and gets a five star rating on Amazon. The board game features a world map with 194 countries with a card for each showing flags, capitals, and more. The cards have a double benefit of serving as flash cards for your children's school geography tests. The game play difficulty can be increased or lowered depending on the age and educational level of your players. 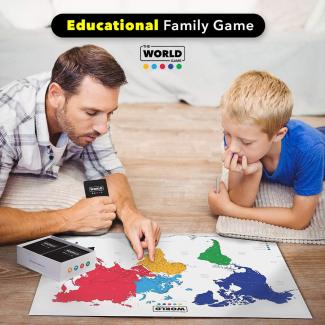 Brainbox All Around the World

Another pick by expert homeschoolers for educational gameplay is Brainbox All Around the World. The game is an Amazon's Choice product with an average customer rating of 4.6 out of 5 stars. The game involves memory and concentration by challenging players to recall facts about countries in 10 seconds. 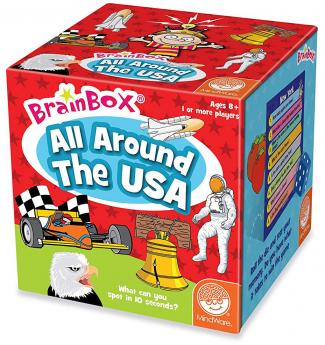 All Around the USA

Where in the World Is Carmen Sandiego?

Fans of the computer game and television series will love this board game edition featuring world artifact thief Carmen Sandiego. You play as detectives using clues about her location around the world to track her down and bring her to justice.

Brighthub Education recommends Passport to Culture because of its combination of geography, culture and anthropology. It's an excellent learning tool for children and teenagers. The game includes over 1,000 questions about other countries and is designed for playing on the go as well as at home.

In Atlas Adventure, you need to remake the map of the world by trading continents and ocean with other players earned through answering trivia questions. The game has two levels so you can vary the level of difficulty for younger players. Questions also come in English, French and Spanish so it can be used to develop foreign language skills as well. 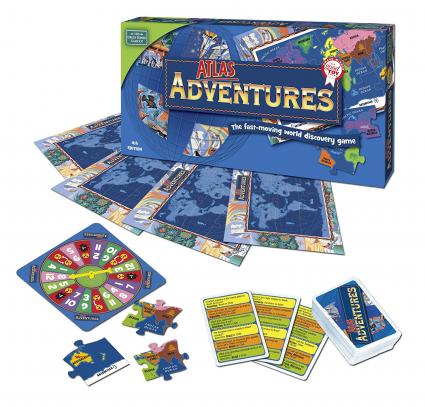 World GeoBingo is the international version of the US GeoBingo game. Players must use bingo cards with countries instead of numbers to get five across. The game has cards for 50 of the world's largest countries. It gets a 4.4 out of 5 star rating on Amazon. 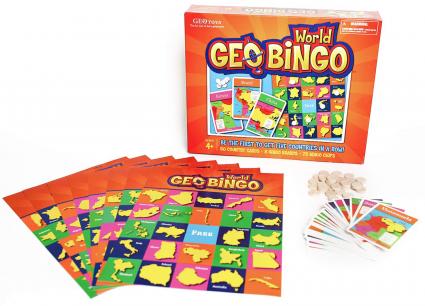 Learning About Geography Through Board Games

Board games featuring both U.S. and international geography can be a wonderful way to have fun with your children while teaching them valuable skills and facts. You can even take existing games and add a geographical twist to them, such as creating your own version of Geography Pictionary. Whichever games you decide to play, you can use the games to further your children's interests in exploring more about geography, history and cultures, as well as your own!