FlyOrDie's free online games collection includes multiple rooms for playing checkers. Choose to play in a general or English-speaking room, play checkers while chatting in French or Spanish, or enjoy tournament play. Work on your game to join one of the Checkers Toplists, such as the highest win percentages or the top-rated players. You can also try Bullet Checkers, which gives each player only one minute to make moves. 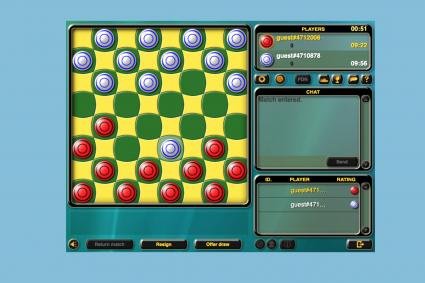 BrainKing offers 18 different versions of checkers, including anti-checkers. You can create a free account or play as a guest. Unlike traditional multi-player checkers games where you play in real-time and one game at a time, with BrainKing you may play multiple games at the same time. You set a time limit on the game (a few days or a few hours) and a time limit on each player's moves. You may restrict play to weekends only if you do not have time to play during the week.

Braingle allows you to play checkers against hundreds of other active players. Each player is ranked by ability on a ladder and you may choose to play someone at any level on the ladder. The bigger the challenge, the more points you can potentially earn. Games are played over the course of days and weeks and you do not have to be online at the same time as your opponent. You may also have multiple games going at any point in time. Your open games, moves and history are tracked on your personal stats page. You must register for an account at this site and membership is free.

As you play checkers through Casual Arena and win games, you have the chance to move up in rank and increase your level. You can play against someone else in a multi-player version of the game or choose training mode to play against the computer or against a friend at the same computer. This can also be downloaded as an app through Google Play or the Apple Store. 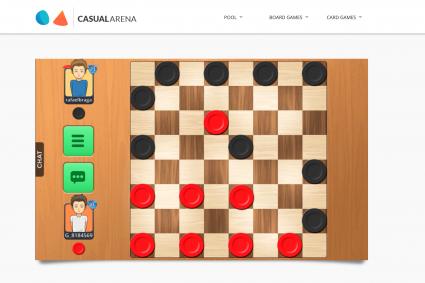 MSN's version of online checkers gives you the option of playing against friends, random players or the computer. To play you must download the latest version of MSN Checkers. After that, you will have access to multiple rooms and game play options. You can also discuss tricky moves in the checkers forum and track your wins, losses and rating.

Kids and teens will enjoy playing checkers for free as some of their favorite characters from SpongeBob SquarePants with KBH Games' fun version. You must have or download Adobe Flash in order to start playing. Play against the computer or a friend using the same computer. 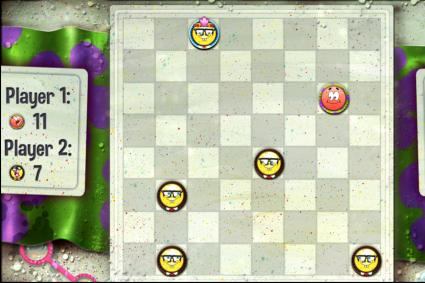 Google Play and the Apple Store both offer Checkers to download as free apps. You can play against the computer and decide the difficulty level you'd like to go up against, or play against a friend as long as they have the app as well.

Internet checkers is a big deal. While you will find casual players, you will also find those who are very serious about their game of checkers. Brush up on the game's rules and different strategies for playing before you join a game online. After a few matches, you may be on your way to becoming one of the top Internet checkers players!