Mancala is one of the oldest, if not the oldest, strategy board games in the world. There's a reason this game has passed the test of time as it's not only fun but also really helps develop your problem-solving skills.

The Basics of Mancala

One thing to know about Mancala is that there are many versions of the game that vary by location and culture. The word "mancala" actually refers to a type of game and it's meaning, "to move", is derived from the Arabic language. All mancala-type games share these characteristics: 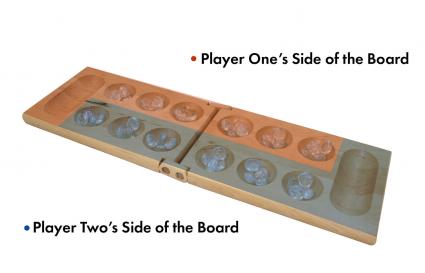 Setting Up the Mancala Board

You can purchase a Mancala game board which are often made of wood. It will have two large depressions called mancalas on each end and then two rows between them of six smaller depressions, or "pits." The game pieces, or "seeds," are small and are usually colorful glass, beads or seeds. Setting up the board to play is easy. 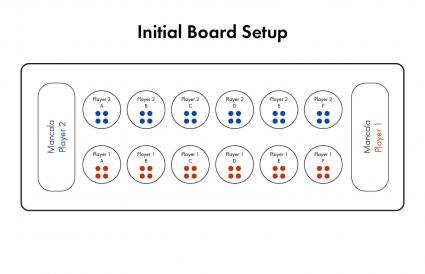 You may read different names for pieces and areas of the game board in mancala. Some common terms will be: 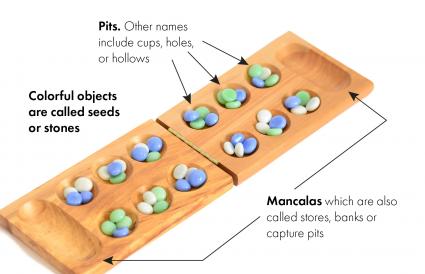 Do It Yourself Mancala Board

If you want to play the game but don't have a board, you can make your own quite easily. An empty egg carton with a small pit on each end of it works perfectly. In ancient times the game was played on dirt with the pits and banks simply scratched out in the dirt. You can use any items you like for the seeds, as long as they are easily distinguishable between players. Marbles, beads, buttons, shells, coins or small rocks are all possibilities.

A Simple Overview of Mancala Rules

While there are some variations of the rules depending on the mancala game, these are the steps you should follow to play a "basic" game. For the purposes of this article, the player pieces are referred to as seeds and the six spots on each player row as pits. 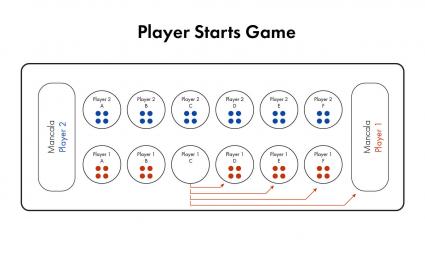 Player 1 moves pieces frompit C with each of the four pieces going into each successive pit (D, E, F and the mancala). 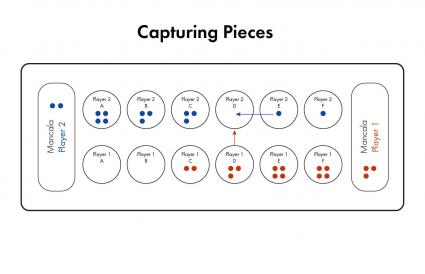 In this example, Player 2 moves piece from pit E to D and captures all of the three pieces from player 1 directly across.

There are no rules for mancala that are set in stone so you can your other players can make variations as you please to increase the game's challenge or add more players. Some ideas that other players use for modifications include:

Oware is a commonly played version that is popular in West Africa and the Caribbean. The rules are similar to the basic mancala rules with these variations:

Giuthi is a version of mancala that is played in Kenya and the word means "to place" in Kenyan.

Learning How to Play Mancala

While it may seem at first glance that the rules for mancala are quite challenging, once you begin playing you'll adapt quickly to the gameplay and objectives of the game. Mancala is a great game for children because it can help teach math skills as well as how to problem solve and think ahead about strategy. Of course, adults love it too which explains why it can be found in so many countries, cultures over the course of human history to present day.

Comments
© 2006-2021 LoveToKnow, Corp., except where otherwise noted. All Rights Reserved.
Understanding the Rules of Mancala: Capture the Win