Playing Mastermind board game is great entertainment for individuals who enjoy games that help hone their logic and deductive reasoning skills. This challenging game requires abstract reasoning and concentration. It is both educational and enjoyable.

How to Play Mastermind

Mastermind is designed to be played by two people over the age of eight. The game includes a decoding board, code pegs, and key pegs. Each player takes a turn creating a secret code that the other player will try to decipher. Prior to beginning to play, the players have to decide how many rounds they are going to play, being certain to select an even number. Players alternate filling code maker and code breaker roles. The person who creates the code is referred to as the code maker, and the person trying to figure out the code is the code breaker. 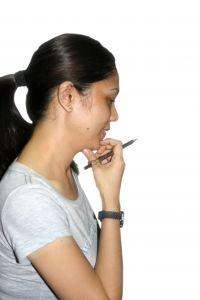 Setting Up the Code

The game board features twelve rows, each of which contains four large holes beside four small holes. There is also another row with four large holes on one end of the board covered by a shield. This is where the person playing the role of the code maker sets up the hidden code that his or her opponent will try to crack. The code consists of four round headed code pegs in any of six different colors.

Trying to Crack the Code

Once the code maker has created the code, the other player has to attempt to guess the exact combination of code pegs, including both color and position. The player trying to crack the code has to use his or he logical reasoning skills to use the clues to narrow down which of the more than 1,200 possible combinations of pegs comprises the code. Following each guess, the code maker will provide clues about what the code really is.

The original Mastermind game was released in the early 1970s, and several additional versions have been released over the decades.

Keep Your Mind Sharp With Mastermind Board Game

The next time you feel like putting your critical thinking skills to the test, try your hand at the Mastermind board game. You'll have fun and polish your logic and reasoning techniques.