One of the challenges for manufacturers has been keeping Monopoly fresh and appealing for new audiences, especially in an age of electronic games and video gaming systems. A successful approaches utilized has been with specialty versions and additional options with updated features.

Monopoly Here and Now was the first time fans of the game helped design the game board. In 2006, Hasbro encouraged fans to vote via the internet on which 22 popular destinations in the U.S. should be the properties on the board. The contest was a throwback to the original concept of the places on board, based on Darrow's favorite vacation city. Other key changes to the game included:

The Here and Now World edition in 2008 followed the same concept as the original except it used international destinations for the properties. The only other significant difference was the World edition also featured electronic banking instead of paper money. 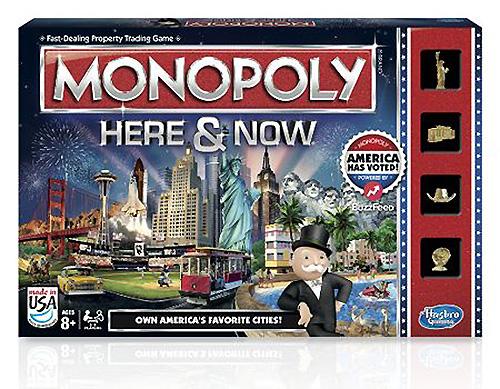 In addition to the original version, Hasbro currently sells several themed versions. License holder Hasbro expanded the reach of themed games when, in 1994, it entered into an agreement with USAopoly to create unique versions of the game. These games have ranged from National Parks to Major League Baseball themes. New games currently available for sale include: 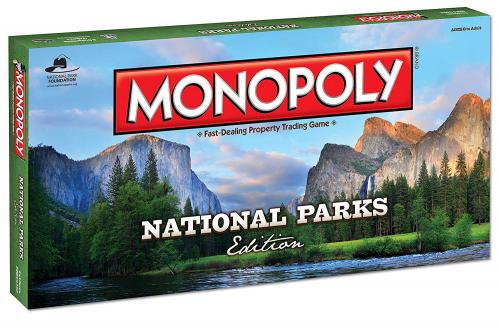 In this version, players are encouraged to cheat using "cheat cards." Be careful though, if you're caught the game includes plastic handcuffs to be placed on cheaters sent to jail. The game is recommended for ages 8 and up and for 2 to 6 players.

Based on the popular HBO show, this edition has properties from locations in the fabled land of Westeros and railroads are family houses from the show instead. The gameboard pieces are based on the show with tokens like a dire wolf, iron throne, three-eyed raven and a white walker. Unlike some other versions of Monopoly, this game is designed for adults. 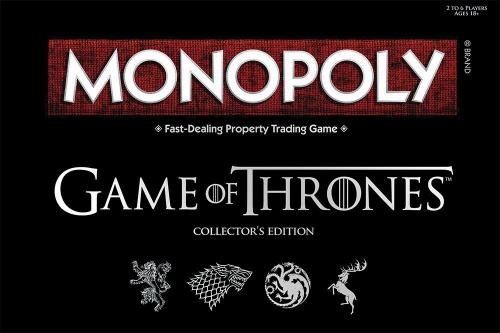 The Adult Swim cartoon gets its own version of Monopoly that will delight fans of the show.

This version, designed for children 5 and up, still centers around buying and selling properties but inside the Despicable Me world. There are 16 properties instead of the normal 22, and rather than paper money players collect Banana Bucks.

Choose from the classic Junior game or the Disney Princess edition.

This game is played the same as the original with the only significant difference being that players use debit cards instead of cash. This version does have a couple of intriguing tokens like a Segway and a space shuttle. 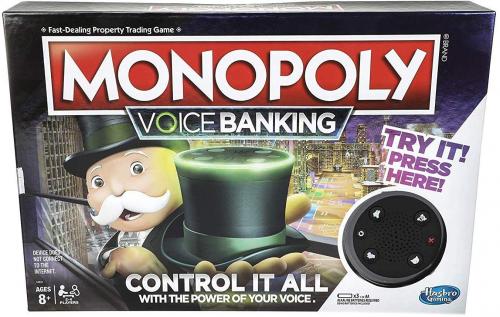 The list of themed versions offered by USAopoly is extensive and changes annually. The company maintains lists for out-of-print and current versions. To find a current list of games, visit the USAopoly website.

The secondary market is filled with out-of-print collectible games. The value and price of these games will vary widely, but most modern games only hold their value if the theme is highly sought after and the game is in New in Box (NIB) condition. In other words, unopened and unplayed, complete with shrink wrap. 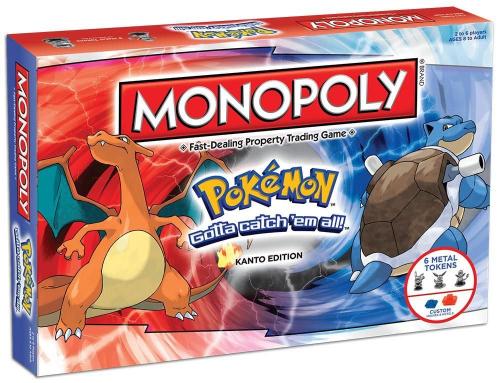 Over the years, Hasbro and Parker Brothers have tried to build off the popularity of Monopoly with various spin-off games. As these spin-offs get updated and changed, they may no longer available from major retailers but can be purchased from sites like Ebay or from re-sellers at Amazon and other websites.

In this game, players try to build a tower consisting of the world's top brands. One of the more interesting features here is noticing which brands did and did not make it into the game. For example, Yahoo did, but Google did not. 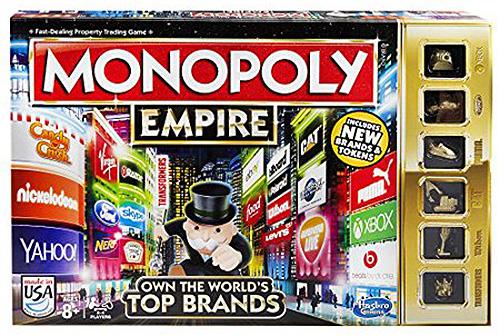 A two-player game where you try to build your hotels faster than your opponents while simultaneously sabotaging their efforts.

Although somewhat similar to the original version in format, the twist to the game is that you no longer need to bankrupt opponents. Simply be the first to become a millionaire to win.

Even the Tokens Change

In 2013 Hasbro decided to freshen up the classic game again, this time creating a month-long voting contest on Facebook to decide which of the tokens should be retired from the game and replaced by a cat. By securing only eight percent of the vote, the classic iron token was retired. While Monopoly remains a beloved game decades after it was first released, Hasbro continues to find new ways to change and update every aspect of Monopoly.