Jennie Long works on behalf of Hasbro games at Hunter Public Relations in New York. She recently discussed some of the great board games available from Hasbro.

What are some of the newest board games available from Hasbro?

This holiday season Hasbro has all-new games as well as several classics with an updated twist. Future real estate tycoons will love building 3-D cities in Monopoly City and families will enjoy Pictureka! Flipper during family game night. Both affordable and timeless, board games make great holiday gifts for everyone on a shopping list - from kids to adults.

A few top suggestions include:

(Approximate Retail Price: $34.99; Recommended Age: 8 and up; Players: 2 to 6) Monopoly City allows players to build their own 3-D city in this new twist on the classic game! For the first time ever players can build from the start, creating their own metropolis in the center of the board. The game includes 80 3-D buildings, including industrial blocks, skyscrapers, and even parks. But life as a real estate tycoon isn't always easy - opponents can sabotage your plans. If they build a sewage plant on your land, your rent value will plummet!

(Approximate Retail Price: $19.99; Recommended Age: 8 and up; Players: 2 to 6; Available: October 2009) Monopoly: Family Game Night Championship Edition allows families to play like the professionals and hold their own Monopoly tournaments. Available in October to coincide with the Monopoly World Championships in Las Vegas, the game includes tournament rules, houses, hotels, and a scorepad, to help you calculate who's won, as well as a Mr. Monopoly trophy.

(Approximate Retail Price: $19.99; Recommended Age: 8 and up; Players: 1 or more) Everyone's favorite "think fast" game is back and better than ever! Bop-It! returns in 2009 with an updated look, new challenges and a party mode that will shake up any social scene. The game calls the shots, inviting players to shout, twist, pull or bop in random order. If players respond correctly, Bop-It! will answer with a new command. With three tricky levels, the fast-action game will challenge players to use different body parts, such as an elbow or hip, to bop their way to a high score.

(Approximate Retail Price: $24.99; Recommended Age: 9 and up; Players: 2 to 6) Clue: Secrets & Spies Edition is Hasbro's first game to incorporate text messaging into game play. As one of the world's top six international secret agents (Agents Scarlet, Mustard, Plum, Peacock, White or Green) players attempt to intercept Agent Black and put an end to his plot while remaining anonymous. The ultraviolet secret decoder will reveal clues that will help players track down Agent Black throughout the game. 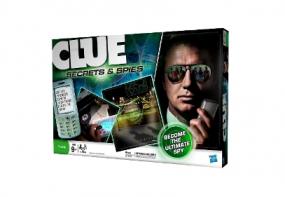 (Approximate Retail Price: $24.99; Recommended Age: 6 and up; Players: 2 or more) Pictureka! Flipper is a new way to play the picture-hunting game that gets the whole family together for constantly engaging fun. In the center of the table, a 3-D penguin frantically flips small game cards from its rotating base in a circular pattern onto the game table. Players then race to find the wacky drawings that match the "mission cards" before the penguin "quacks" and places more cards on the table. Pictureka! Flipper offers active fun for the entire family. 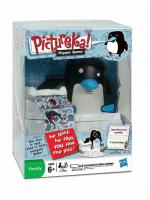 Where can readers purchase these games?

All games mentioned above can be purchased at mass merchandise retailers nationwide, including Walmart, Target and Toys"R"Us.

Where can we read more about Hasbro's products?