If you want a few short little victories to improve a position or need to create tiny diversions while you work on a long-term plan, it helps to have a few strategies in mind. Use some of the following strategies to show some attacking dominance, whether you are a beginner or a strong player. The sheer annoyance of your plans may be enough to throw your opponent off!

Quick Chess Strategies in the Opening

The following little maneuvers can help you in the beginning of the game.

Since the object of the game is to checkmate your opponent, castling can be a vital defensive maneuver. It's the only play that allows you to move two pieces during one turn.

Castle by moving the king and one of your rooks. Move the king two squares in the direction of the rook, and then place the rook on the other side of the king. According to Chess Variants, kingside is the castling side of choice as it takes two less moves to get your king to absolute safety. Queenside is okay, especially when castling that side presents a unique attacking opportunity. Try to get your king to safety within the first ten moves, noting how many moves you must complete to do that. 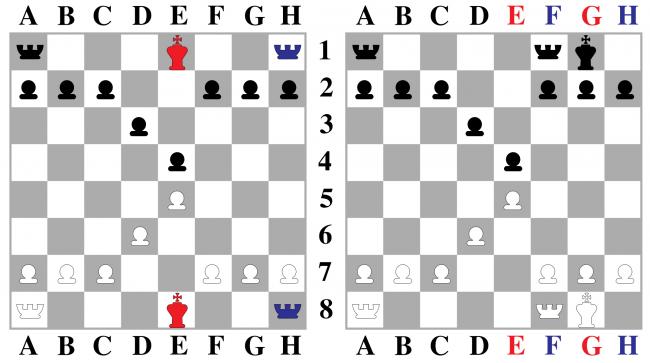 The fastest way to win a game of chess is to use the Fool's Mate strategy. This is also sometimes referred to as two-move checkmate, and it's the type of checkmate that requires the fewest moves to win the game. While you can technically accomplish the Fool's Mate by a few different pairings of moves, the common Fool's Mate happens when your opponent (who should be playing with the white pieces for the first move) leaves the king unprotected. If the opponent moves his f-pawn and g-pawn as initial moves, you can move the queen along the unblocked diagonal and win.

Unfortunately, since Fool's Mate does require your opponent to expose his King to a direct attack from your Queen, you can only make this move if your opponent has played poorly like a "fool". This move is rather rare, but always be on the lookout for an opportunity to try it. Fool's Mate puts a rapid end to the game, and with the chance to claim instant victory, it's hard to resist. 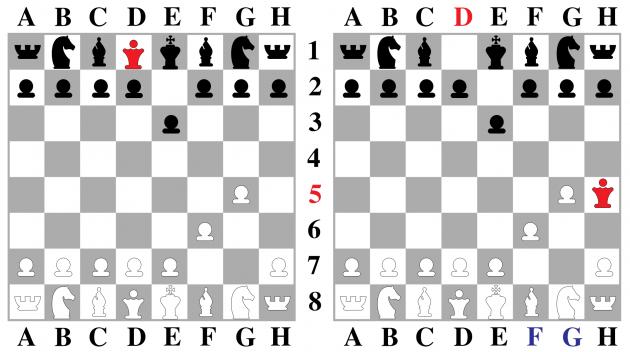 Most opening lines take more than a dozen moves before players go their own way. So what if pieces are out, there are no distinguishable lines, the number of moves hasn't even reached ten, and there are no obvious attacking routes? Check out your opponent's King Bishop's square, especially if he or she has not castled yet. This square is often vulnerable and often overlooked. See if you can formulate a plan around attacking that square. These are some things to consider:

If you are stuck on a plan of attack, then forgo thinking three or four moves ahead and just play for the moment. A word of warning, though: it's possible you'll be vulnerable for quick attacks by your opponent.

Attack with a Pawn 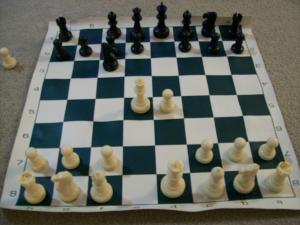 Attack with a pawn

Try to focus your efforts on one or two pieces. If your opponent is relying on one piece, re-double your efforts towards that one piece. Going for a piece that an opponent has worked to put in a place of power will likely upset his plans and be a surefire way to quicken the pace of the game. 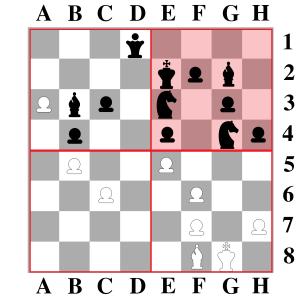 In your mind, break up the chessboard into four quadrants. Each quadrant will have 16 squares with four rows and four columns. Obviously the king will be in one quadrant, which you can leave alone for the moment. Pick another quadrant which has many of your opponent's pieces and begin to attack that section. Within three or four moves, you should see your opponent changing his plan to defend your attack. Then, in another few moves, you move onto the quadrant with the king.

Opening Up the Castling Pawn Formations

When a player castles, there is usually a pawn formation protecting the King. Eventually, you'll have to bust through. So what's the easiest way?

Identify your opponent's worst piece in the game, then make sure that it stays weak until you can attack. If you keep repeating this strategy, you can help clear the board faster, and it keeps players on their toes.

Nearing the end of the game, you can pull out certain strategies to ensure a win. Try one of these ideas.

One of the best quick chess strategies in the endgame is to reduce your opponent's forces when you are ahead. Chess players usually rely on point values to quickly keep track of who has the advantage. Whether you are one pawn ahead or two pieces ahead, one of your goals should be to exchange pieces. Doing that will minimize what your opponent can attack or defend with.

Your pawn structure is especially important near the end of the game. Because doubled pawns can't defend each other, think carefully about how you can avoid them at this point in the game. As long as you hang on to as many pawns as possible throughout the course of the game, they can be strategically moved during the later part of the game to help accelerate a win for you.

Rolling the King to the Edge 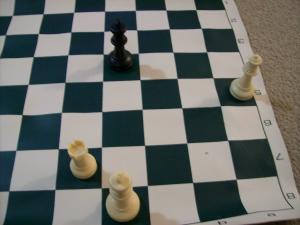 Rolling the king to the edge

As the board starts to clear and squares are easier to attack, you should attempt to get your opponent's king to the edge. The pieces you have available will determine how easy it will be. Rooks and queens work well together in shrinking the area where kings are allowed to move. Rooks and other pieces like bishops and knights make it hard to roll the king to the edge, but it can be done.

The best quick chess strategy occurs when you trust your instincts and take a chance. Sure, this is a game that requires intellect above all else, but moving quickly means trusting yourself to make smart choices. While you're working on your plan, your opponent will be working on his. Moves happen that will hamper your progress and will frustrate you, but empower yourself to move quickly by thinking ahead and anticipating possible moves before they occur. That way, when it's your turn, you can go for the best move possible and get on with the game.