If you're looking for the fun and competition of a race without needing to leave the house, there are dozens of racing games to play.

Put yourself in the driver's seat with these games based on auto racing: 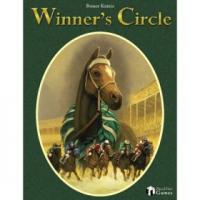 If cars are the first things that come to mind when you think of racing games to play, you may be surprised to learn you can race anything from chariots to people in racing board games:

Most of the available racing games to play aren't the type of games you can find in the toy aisle of a discount retailer. They're distributed by small publishers and sold by dedicated game shops. If you have a local gaming store or a general hobby shop, they may carry these games and should be able to order any titles not currently in stock. For the largest selection, shop online at stores Time Well Spent, among others.