Playing Scrabble can be both fun and challenging. Sometimes you need a little bit of help to figure out how to make the most of your letters. Studying printable word lists and other helpful vocabulary resources can be a great way to come up with the ideas you need to make the most of each chance you have to lay down tiles and score points.

Some letters are much harder to use than others. It can also be difficult to come up with word ideas if you have mostly vowels or mostly consonants to work with. This list can help you make the most of challenging letters or combinations of tiles.

If you need help downloading the printable list, check out these helpful tips. 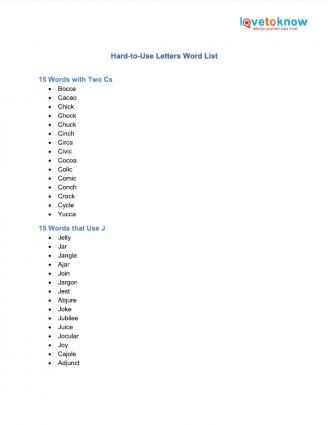 Words Ending in U

Words that end with the letter "U" are perfect for fitting into tough spots on a Scrabble board. Print this handy list before your next game so that you're prepared to make the most of any "U" tiles that you draw. 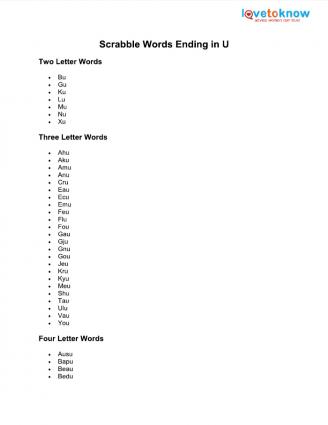 Sometimes you just don't have the combinations of letters needed to put together a good word. Before you skip your turn, though, see if you can at least add one letter to something that's already on the board so that you are able to record some points. This list of two letter words might give you a few ideas. 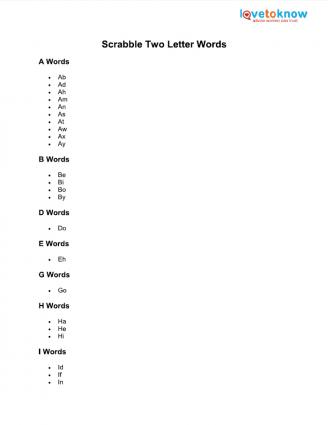 There are also a number of other online word list resources. When it comes time to study for your next big Scrabble match, take a look at the lists on the following Scrabble sites:

Worried that memorizing lists might give you an unfair advantage in your next Scrabble game? According to the National Scrabble Association Official Tournament Rules, memorization is legal. In fact, many tournament players memorize several word lists for competition. It is perfectly acceptable for you to do so as well. Building your vocabulary is a beneficial side effect of playing the game!

Comments
© 2006-2021 LoveToKnow, Corp., except where otherwise noted. All Rights Reserved.
Printable Scrabble Word Lists and Resources to Help Your Game