When first introduced to the U.S. nearly two decades ago, Settlers of Catan became one of the first European-based games to sell strongly in this country -- earning the title of the 'Monopoly of our time.' Now in its fifth edition, the game is produced in more than 30 languages, has a shortened name (Catan), and includes an updated playing board.

This multi-player civilization building game was designed by Klaus Teuber and debuted in Germany in 1995, the same year it was recognized as an outstanding product in that country. The game spread around the globe, conquering fans just as players attempt to conquer its simple yet surprisingly strategic concepts. Today, the game has spawned numerous expansion sets and related products, including a card game, video games, live online gaming, and even a novel based on the fictional island of Catan. Listed in Games Magazine's Games 100 Hall of Fame, Settlers of Catan quickly became a family favorite.

In this mild-mannered strategy game, players attempt to outmaneuver their opponents to establish a stronghold on Catan, a fictional island that is initially uninhabited but becomes the centerpiece of the game as players build settlements, roads, and cities. The game is suitable for all players because there is no combat and no one is eliminated as in many other strategy games; instead, success in the game ultimately depends on a player's ability to build a thriving civilization. 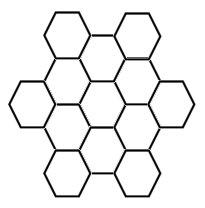 The basic setup involves creating the island of Catan by randomly joining the hexagonal resource and land tiles together. As the game is played, a roll of the dice determines which resources are most valuable during each turn, and players must collect resources in order to expand their civilizations. Resources can be traded to other players or traded offshore, and strict requirements about where cities and roads may be placed lead to strategic play to capture the most valuable parcels of land.

Because there are no battles or eliminations in this game, the best strategies involve careful placement of cities and roads to block other players from necessary resources, therefore establishing control over critical supplies. Through calculated expansion, shrewd trades, and appropriate resourcefulness, players can severely limit the options of their opponents and simultaneously increase the riches of their own settlements.

The key to victory is in establishing a thriving civilization. For each settlement built, city expanded, and other accomplishments, players are awarded points, and traditional rules dictate that the first player to gain ten points wins.

Rules of the Game

Here are the rules and guidelines for a standard "short" game of Settlers of Catan. These can be modified according to player preference, but if you play with different opponents on a regular basis, these are the base rules that are usually honored.

Game Set Up and Hexes

To start the game, one player shuffles the land hexes (tiles). One row of five should be dealt. Next, deal two rows of four so they are framing the row of five. Then deal two rows of three, one on each side of the rows of four. You can then shuffle and deal the harbor hexes, alternating them with ocean hexes. The players then choose one coastal hex. Distribute the markers clockwise and alphabetically, starting with the selected hex.

Each player then gets the opportunity to place one village and one road on the board. This is then repeated in reverse order, and after the second village is placed down, each player takes a resource card for each hex located next to his village.

To build a road, you must build on the edge between two hexes. Villages are different as they are built on three-hex intersections. You cannot build any villages on an intersection adjacent to an already existing village. This ensures that three intersections near a village are empty throughout the game. Finally, to build a city, you must replace an already standing village - similar to how hotels replace houses in Monopoly.

There are five resources you can use throughout the game:

At a player's turn, he rolls the dice. Every hex that is marked with the number rolled brings one resource card for each adjacent village and two resource cards for each neighboring city. Players may trade resources at any time, which is known as the bank or "harbor." If there is a 3:1 harbor, then a player is allowed to trade any three of a single resource for one of his choice. With a 2:1, a player can trade any two resources for one of his choice. At any time during game play, a player can also trade four of a single resource for one that he needs.

Players can (and are encouraged to) build as many times as they would like, and there is a simple cost breakdown for building up your portion of the board:

Watching Out for the Robber

When a seven is rolled, three different moves take place:

Development cards are an important part of the game because they allow the players to move the robber, build up their civilizations, and even win a point or two. In a typical game you will find 25 development cards that include soldiers, resources, and victory points. The soldiers allow a player to move the robber and steal cards, while victory point cards can help you progress more quickly throughout the game.

The Settlers of Catan rules state that a player wins the game as soon as ten points are accumulated. Following this guideline, points are awarded in the following ways:

The great success of Settlers of Catan has led to a wide variety of expansion, scenario packs, and related spinoff games that have similar rules and guidelines but are set in different geographical circumstances.

These expansion sets require the original Settlers of Catan game to play.

Additionally, there are some minor expansion packs that have appeared mostly as inserts in gaming magazines or at game conferences, such as:

Some websites allow you to play Settlers of Catan free online, either against computer players or real people from across the globe.

Part of the appeal of Settlers of Catan is that the same strategy won't necessarily work from game to game. A lot depends on how the board is laid out, how your opponents place their villages and cities, and the strategies of the other players. If your family enjoys this type of board game, you'll get hours of fun from Catan and its various expansion packs.