Randy Horn is the creator of Zobmondo!! Entertainment's "Would You Rather...?" line of board games. He recently spoke about the company and his love of board games in a LoveToKnow interview.

Please us about yourself and Zobmondo

"I've been asking people ridiculous questions, similar to those used in Zobmondo!! "Would You Rather" products, since my college days. Back then the most frequently asked question was "How much money, in cash, would it take to get you to eat a live, kicking, 2 inch cockroach?" We had hours of fun discussing this one crazy question and its derivatives.

When I arrived at the Anderson School of Business at UCLA, this exact question came up in casual conversation. My question prompted others to offer ridiculous questions that they had heard and another entertaining and ridiculous conversation erupted. Another popular question to get the conversation started was "Would you rather bite the curb and get kicked in the back of the head -OR- get a paper cut on your eyeball?" 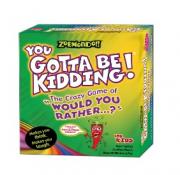 You Gotta Be Kidding!

While on a blind date, I had the revelation that my questions would make a great board game. We were out to dinner and dancing, and the understandable pressure to keep conversation going and an unfortunate bout with drowsiness (I had been burning the candle at both ends), prompted me to break out my ridiculous questions. Magic happened again!! The conversation came alive ... everyone was laughing and groaning. The food servers joined in, and I was astounded at the consistent transformation that occurred on this night and virtually every other time these questions were posed.

The rest is history. I was required to start a pseudo business as part of my MBA studies. When I was approached by investors after presenting my idea for a business centered around the "Would You Rather...?" game, I woke up to the fact that I had a real opportunity and Zobmondo!! Entertainment was born. I said no thanks to the investors, started the company myself with the help of friends and family, and eleven years later we are still going strong.

Why are Americans still so passionate about board games?

People and families who play board games develop real connections with each other that many other activities do not offer. Playing board games is fun. There's really no down side.

What ages are your games geared towards?

Please tell us about some of your most popular games.

"Would You Rather...? Classic, TSW and Kidding are games that center around asking questions with impossible choices. For example, "Would you rather...get free gas for your car for the next five years -or- be exempt from speeding tickets for life?" "Neither" is not an option. And the real fun starts when players start explaining the "why" behind their answers. 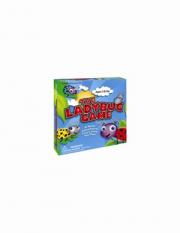 The Ladybug Game was invented by a six-year-old California girl named Kylie Copenhagen. She had invented the game during a first grade science project. The Ladybug Game follows four aphids as they attempt to return to their home after a windstorm. It helps kids recognize colors and numbers. It's a best seller!

Where can we read more about the company?

Check out Zobmondo for more information on our fun company and games. In the media section you can see profiles of us by Inc. Magazine and The Tonight Show with Jay Leno'.

Where can our readers purchase these games?

Just keep playing board games! Laughter is good for your health! Check out our website if you'd like to add a "Would You Rather...? question-of-the-day to your site, and look for us soon on Facebook and Twitter.