Games where there cannot be more than two players features a specific dual play design and work better for a pair. Whether you want head-to-head fierce competition or a quick, fun game of chance, there's a two-player game available for you.

If you're looking for a game with fewer rules, you can play in a limited time frame, these fast-paced games are perfect. In under 20 minutes, you'll be able to complete one or more rounds thanks to simple setups and straightforward directions.

Players ages 4 and up are the target audience, but older children and adults have fun playing too. Guess Who? features simple rules and setup. Each set includes two game boards, one for each player, with 15-48 characters (depending on the version) displayed in individual spots on the game boards. The object is to figure out who your opponent chose as their character by asking a series of yes or no questions.

The newest version of is portable so you can play anywhere. Guess Who? by Hasbro comes with two boards and four different character sheets for around $10. What makes this game great are the fun images and chance for players to show off creativity in crafting questions.

Mancala is a highly addictive, quick game with a couple rules. The wooden board has an equal number of pits carved into each side. Each pit holds seeds or beads and players move by putting these seeds in different pits. The object is to take the most seeds from your opponent's side of the game board. The number of pits and game board structure vary depending on the manufacturer and version. A basic wooden version costs around $20 for the board with crystals. While it seems too easy, players get tripped up with the fast pace. 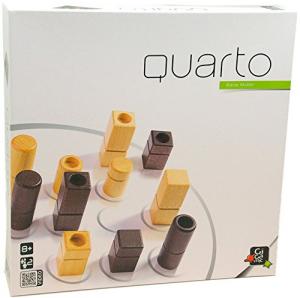 Quarto is an abstract strategy game involving patterns. The round board features a large outer circle with 16 smaller circles set inside it as a 4 x 4 grid pattern. Each of the pieces is either tall or short, round or square, black or white (some versions have different colors), and hollow or dense. Players try to create a row of four pieces where all four have at least one characteristic in common.

The catch is your opponent decides which piece you place on the board during each turn. This twist on standard board game rules allows players to sabotage each other, making the game more exciting. One game takes about 10-20 minutes and is suitable for players ages six and older. The newest versions are Quarto Mini in 2014 and Quarto Deluxe in 2016. Purchase the classic version for around $30.

Those in search of games requiring logic and planning will love these strategic games. You've got to keep thinking ahead of your opponent and imagine all possibilities to win.

Agricola: All Creatures Big and Small

You're in 17th century Europe and must build a better farm than your opponent in Agricola: All Creatures Big and Small. Two players go head-to-head in eight quick rounds as they place farm workers on various action spaces to collect animals and build structures. Recommended for ages 13 and up, this fast, easy game features a few rules and fun game pieces like tiny sheep, cows, and pigs. Game play takes about 30 minutes and requires strategy to earn the most points from the amount of animals and structures at the end. There are two expansions available with new actions and pieces, but they can have more players. The original two-player game is scarce, but you can purchase the revised version for around $60 and play in the original format.

This classic strategy game first came out in the 1970's. It's easy enough for kids to play, but challenging for adults when using intense strategies. Othello setup is quick and features a 64-grid square and 64 reversible disks with black on one side and white on the other. The object is to capture all your opponent's disks by surrounding them on the game board. Similar to checkers, the game has roots going back to the late 1800's. Play against the computer for free online or purchase the game for under $20 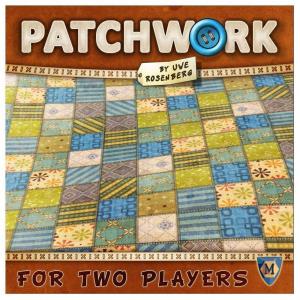 Modeled after the art of quilting, this quick game challenges players to fill their Quilt Board with patches and collect as many buttons as they can before the end of the game. At first glance, Patchwork seems ideal for a specific kind of person, but at its heart the game is all about strategy. Think of it as a board game version of Tetris with a few additional elements.

Making a quilt takes time, so players move their pieces on a Time Board and earn buttons or bonuses. The game ends when both players reach the end of the Time Board. Players subtract the number of empty Quilt Board spaces from their button total, and the person with the most buttons wins. Game play takes 15-30 minutes and for people ages 8 and older. Patchwork costs about $30 and earned a spot in the Top 10 Games by Theology of Games.

Games with extensive background stories and creative fantasy worlds create a fun atmosphere for head-to-head competition. These games require hours of playing time along extra effort to read and understand the extensive rules.

In this role-play contest, one player leads the humans while the other leads a demonic horde in an epic battle beneath New Jerusalem. While the fantasy world-building is massive with the Destiny Board and miniature characters, the rules are simple. Game play takes about an hour for teens and adults. Claustrophobia uses cards, dice, and a list of scenarios to create conflict between the sides. The player with the least damage or most characters standing at the end wins. For around $60 you can buy this complex, competitive fantasy game. Players will feel like they're in another world as they move through tunnels and battle fearsome creatures. 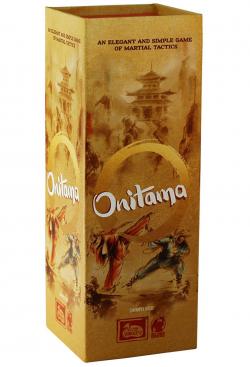 While considered an abstract strategy game, Onitama is a condensed version of other high concept games like Claustrophobia. In this game, each player is a Master from a School of Martial Arts attempting to stop their opponent from reaching the Shrine of Onitama or to beat them there. Players follow directives on cards to perform one of 16 moves on a turn. Who will get their students to the shrine first? Recommended for older teens and adults, game play takes as little as 15 minutes. You can purchase the game for around $30. The twist here is each card you play becomes available to your opponent on his next turn. Players will have to decide how to best sabotage each other and still move forward.

Players take on a role as either the USSR or the USA in this Cold War simulation game reminiscent of other war games like Risk. The struggle for power over the world plays out on the Map Board. In Twilight Struggle, players get cards with actions related to things like the space race and military actions throughout the ten rounds. The object is to overpower your opponent through strategy or earn the most Victory Points if neither person takes power before the end of the game. Due to the nature and complexity of the game, teens and adults are ideal players. Average game play takes 2-4 hours making this a game for dedicated players with time a lot of time. Rated by Board Game Geek as one of their Top 5 Board Games you can purchase the Deluxe Version for around $40.

Two-player games are great boredom busters when there aren't other people around to interact with. These games set up a head-to-head competition in different ways to challenge your gaming skills. Whether it's a classic or new creations, games made for only two people become favorites to play and watch.