Everyone loves board games! Whether it's a family game night, birthday party or an adult social night, board games are a great way to get everyone laughing and enjoying time together.

One of the best board games of all time on Ranker, chess has been played since at least the 6th century. The game is a classic strategy game that is easy to learn but can be challenging to master. People of all ages enjoy it for its simple set up. 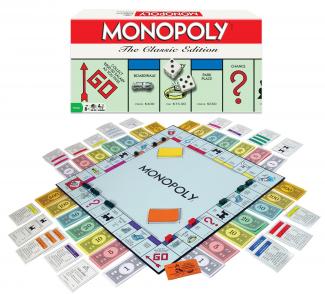 Another classic that almost everyone is familiar with and played at least once in their youth, Monopoly is one of the top selling board games. Along with traditional Monopoly, there are many variations such as versions based on Star Wars, Game of Thrones and SpongeBob SquarePants. There are also alternate ways to play the main game in different ways.

Risk is also listed by Ranker as one of the top board games of all time for people who enjoy a good strategic, war-themed game. Board Game Geek calls it "possibly the most popular, mass market war game." Like Monopoly, Risk comes in many versions to suit your tastes, such as a Game of Thrones edition where you can fight over total dominion of Westeros, or games with maps based on Star Trek, The Lord of the Rings and The Walking Dead. 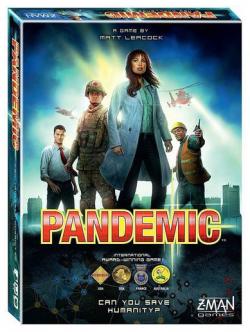 A newer game on the list, Pandemic has won multiple awards and honors, and Eurogamer calls it the "most successful cooperative board game ... possibly of all time." Unlike other board games, Pandemic players must work together to "win" the game as a group by stopping a massive disease outbreak from spreading all over the world.

There are many word games on the market, but Scrabble is the original and still considered the best. The game is so popular there is a national championship held each year, with many regional events and players numbering in the thousands. If sales are any indication of how good the game is, over 150 million copies have been sold internationally and it's manufactured in 31 languages.

Found on many top ten lists for best board games of all time, Clue also has the distinction of inspiring a mystery movie and the first movie made of a board game. The Clue game has sold over 100 million copies worldwide. The Harry Potter version of Clue is also one of the most popular board games in recent years. 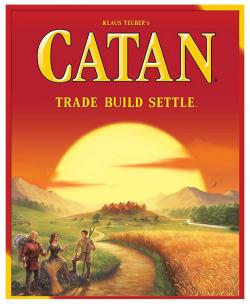 Catan (also known as Settlers of Catan) is another newer entry in the board game market. The game has won multiple awards and is printed in more than 39 languages. Over 27 million copies have been sold, with about 20 million people regularly enjoying the game. Board Game Quest calls it a "near perfect game" and gets a full 5 stars because of its appeal to both brand new and experienced game enthusiasts. The game revolves around settlers building their new civilization.

Ticket to Ride is a strategy game where players build railways throughout the U.S. Hobby Lark chose it for its 10 best strategy board games to play with family. The game has won many awards and nominations worldwide. Board Game Geek calls it the "epitome of a 'gateway game'" which means it's easy to learn, yet complex enough to engage and excite players.

10. Most Outstanding Game for Trivia Buffs 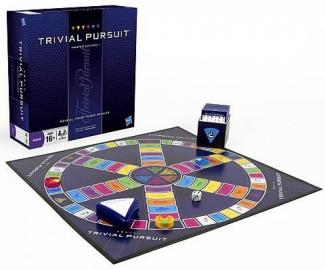 One of the best selling games of all time, Trivial Pursuit comes in its original version, as well as multiple other editions covering a wide range of subjects. People love the game is because it can be played with just two people or a party, and all ages enjoy it. The game remains relevant today because new editions can be created to take advantage of current trends in politics, history, entertainment and sports. The game has sold over 100 million copies and it was named "the biggest cultural phenomenon in game history" by Time Magazine.

Almost everyone has played the checkers at least once. Its rules are simple and it's easy to set up. The game is believed to have begun in the 12th century although some date it back to 1,400 BC. Checkers is popular because it can be played with almost any age group. Children can gain additional learning benefits, such as improved memory and concentration and strategizing skills.

Board Games for All

People love board games for the chance to stretch their mental skills and enjoy a good time with family and friends. No matter which is your favorite, everyone loves the chance to sit around a board and have social time with the people in your life.

1
Comments
© 2006-2020 LoveToKnow, Corp., except where otherwise noted. All Rights Reserved.
Resources, Advice & Tips for Covid-19
Read More
Best Board Games of All Time