Gathering together some friends to play a board game can be a great deal of fun. It's even better when the game itself is funny.

Exploding Kittens over $8 million dollars on Kickstarter, which is the highest amount ever for a game on the funding site. Forbes claims it's "overall a hit." The game has over 7,000 reviews on Amazon with a 4.5 stars score.

Players draw cards from the deck until the exploding kitten card is picked.

The game is definitely for adults only, and the humor is described as "hilariously inappropriate." Game and hobby site HobbyLark lists Cards Against Humanity as one of its top 5 adult party games. You can also download the game for free on the game's website and make your own cards. 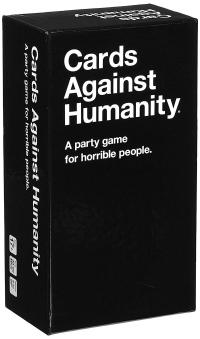 There are two decks of cards, black and white. Each player gets 10 white cards and the rest of the decks are turned over to hide their information.

This is a great game for children and adults. It's listed as one of the top 10 board games for kids by education site Fractus Learning. Board Game Geek gives it an review of 7.4. It has won multiple awards including the 2015 Vuoden Pell Party Game of the Year (Finland) and 2011 Games Magazine Best New Party Game.

The game includes a timer, two decks of cards and a sketchbook for each player.

This guessing game has been around since 1989, but it's still a game widely enjoyed at parties today. It's been featured in many movies and TV shows such as The Office, King of the Hill, and the Ellen DeGeneres Show. It's on Top Ten Gamer's list of best adult party games. 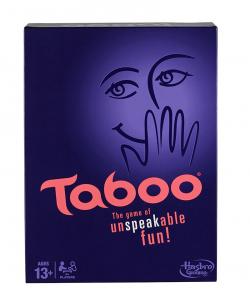 The game has a deck of cards. Each card has five words on it, and one is a "taboo" word with information on it on the back of the card. Each round is timed and the players are grouped into teams.

What Do You Meme?

What Do You Meme? is the top-selling game worldwide on Amazon.com in 2017 with a review score of 4.5 stars and 4.8 on eBay. Consumer review site Does It Really Work says the game, "has the capability of drawing party goers' attention and creating a lot of laughs." 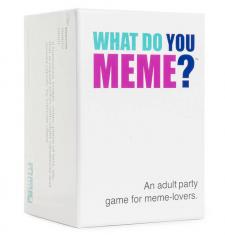 Have a Game Party

Add more spice into your next group gathering with one of these fun games. Just make sure the one you choose is age-appropriate and soon, everyone will be playing and laughing.