Ever since its North American debut in 1999, the Pokemon Trading Card Game (TCG) has been unbelievably popular with players of all ages. The card game is just as big a part of the Pokemon community as the TV shows and video games. There are friendly and competitive tournaments all over the world, and they all culminate in the Pokemon World Championships, which bring the best card and video game players together to compete in a massive event every year.

About the Card Game

The Pokemon TCG pits two players against each other in a Pokemon battle. In a game, players battle with a mix of Pokemon, trainer, and energy cards in a race to defeat six of the opponent's Pokemon. The game is based on the structure and style of the Pokemon battles from the video game series, incorporating types, battle moves, HP, and the ability to switch Pokemon mid-battle. It's a fun and exciting adaptation of the world-famous video game.

How to Purchase New Cards

There is a massive number of Pokemon cards available. The game's incredible popularity means multiple sets of cards are released every year. Players can purchase cards in theme decks, booster packs, and collector's chests.

The Pokemon TCG: Guzzlord Gx Box + 4 Booster Pack set is one of the newer releases. The cards in this set and other recent sets are widely available. Most notably, they are available at Target, Walmart, and Amazon. One of the savviest ways to learn about new cards is to see what the pros are playing with at organized tournaments like the one shown in the video below.

There are over 60 sets of Pokemon cards. While retailers carry the newest cards on their shelves, many players search for older cards that may be unavailable in stores or even out of print. The best place to search for older cards is the Pokemon TCG Expansions Database. Once you have located the card you're seeking in the database, you can search for that card on Amazon or Ebay. Some of these cards are extremely valuable and command high prices. Always make sure you are purchasing old or used cards from reputable dealers when shopping online.

Staying in the Know

It can be difficult staying up to date with all the new releases in the Pokemon TCG world. Luckily there is an official Pokemon TCG website that has news on all the latest and greatest Pokemon cards. There is also a thriving community that discusses new releases, battle tactics, and everything surrounding the game. One of the most popular websites for staying up to date in the Pokemon world is Bulbapedia (named after everyone's favorite grass Pokemon Bulbasaur). There are also numerous Twitch TV gaming channels dedicated to the Pokemon TCG. These channels have everything from live-streamed battles to shows discussing the game.

If you are new to the Pokemon TCG or are looking to start playing, there are plenty of ways to learn the game. Most importantly, you'll want to have a copy of the Pokemon Trading Card Game Rule Book and read it carefully. You can also have this rule book handy while watching battles on Twitch TV to see how each rule and tactic plays out in a real game. The official Pokemon YouTube channel also has the handy video below to give players a crash course in how to play. 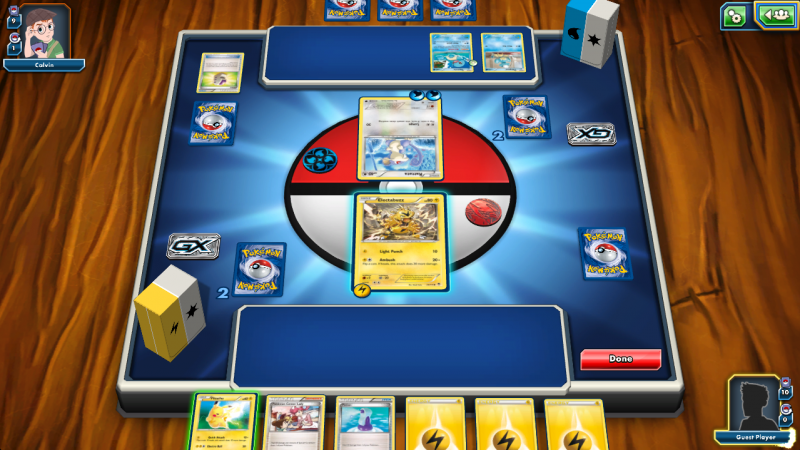 The Pokemon TCG Online game is a great resource for new players to learn the game quickly and for experienced players to hone their tactics. The online game is free to play and allows players to battle against AI opponents or join battles with players from across the world. This game is available for PC, Mac, Android tablets, and iPad. Unfortunately it is not available for iPhone or Android phones due to the size of the screen required to play. You can download it here from the official Pokemon website.

This game is fast-paced and fun for adults and kids alike. Children can enjoy playing their favorite Pokemon and learning new techniques while adults can craft powerful decks that utilize powerful strategies. Overall, the Pokemon community is about having fun and exploring just what you are capable of when you try your best.