Dry erase or white boards provide endless activity opportunities for people of all ages. Whether using a large board in a classroom or individual boards at a senior center, these games require no additional materials and provide hours of fun.

This take on Scrabble uses shapes instead of letters, making it appropriate for people ages six and up. The ideal number of players is two on an individual board and up to six on a large board. Your goal in Shape Shifters is to draw more shapes than any other player. 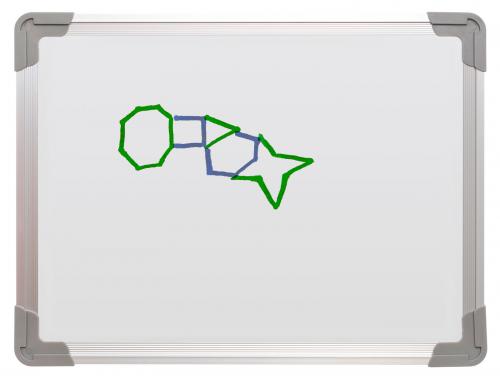 You'll need a different color marker for each player. Choose an order, like youngest to oldest, before you begin.

You can only use one side or corner of a shape to connect your new shape. You cannot draw a line inside other shapes to create new shapes. Acceptable shapes include square, rectangle, pentagon, hexagon, octagon, decagon, triangle, rhombus, trapezoid, parallelogram, diamond, star, and semicircle.

Loosely inspired by the classic game Telephone where players spread a verbal message, Lost Connection challenges the last player to figure out the original phrase. 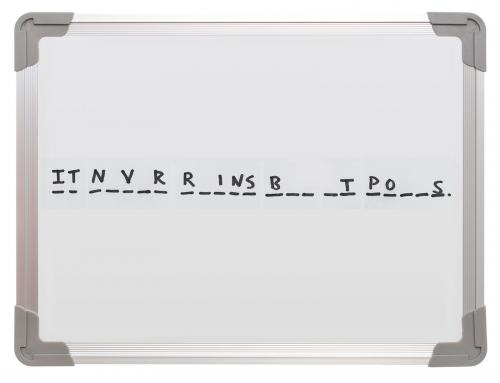 The game works best with one individual dry erase board that can be passed around the group. The more players you have, the more difficult the game. Generally, kids ages ten and up will love this simple game.

Color War plays like a classic board game. It's meant for two players and works best with older kids and adults. Your goal is to be the first player to reach the end of the game board. 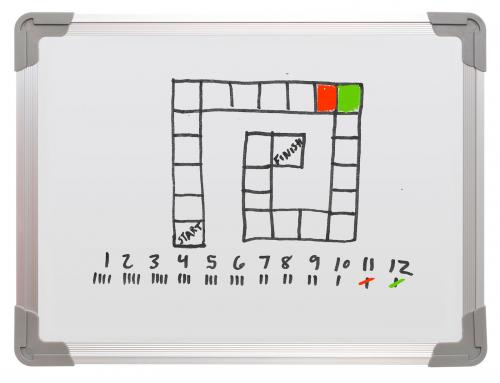 Draw a series of at least 24 equal-sized squares, attached together in one long line like a sidewalk, that starts around the edge of the board and spirals inward until you reach the center. Designate the square at one end as "Start" and the square at the opposite end as "Finish." Write the numbers one through twelve on the board. Next to each number write the following number of hash marks:

It's Capture the Flag meets outer space as players attempt to conquer each other's planets. Ideal gameplay includes two players ages five and up, but more players can be included if you section the game board off into equal parts for each player. 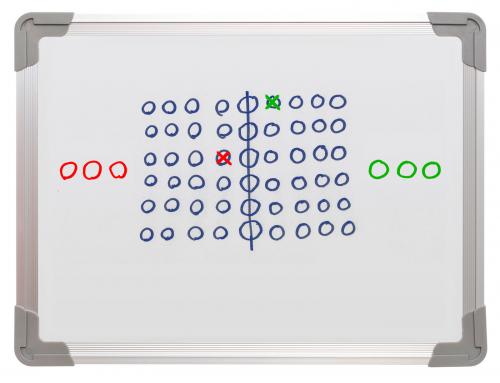 Once you're set up, choose a player to start.

Kids as young as four can play The Path Home, which is meant for two to four players. The objective is to be the first person to connect both of your houses with a series of squares. 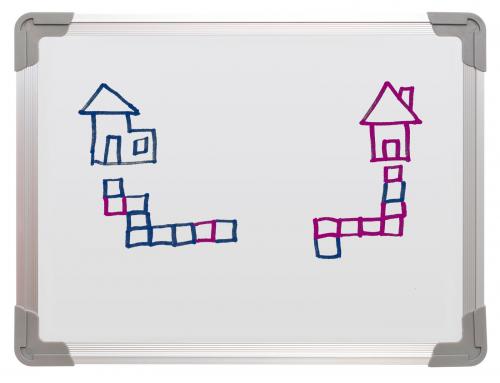 To start, each player should choose a different colored marker.

The Fastest Way to Play All Day

When you play games using a dry erase board, it's quick and easy to set up and erase one game after another. Play the same game over and over or try out several new games in a short timeframe.