Considered the first mainstream game of war, players of the Risk board game try to conquer their opponents and attain world domination.

About the Game of Risk

A French film maker, Albert Lamorisse, created a game called La Conquete du Monde which means Conquest of the World, in 1957. The game was produced by the French company Miro which was affiliated with Parker Brothers in the United States. In 1959, the Parker Brothers Company published the first edition of the strategic war game called the Risk Continental Game.

One of the reasons for the game's popularity was the unknown concept of non-linear movement. At the time, this type of movement on a game board was completely unique and intrigued players as they mapped out their strategies to destroy the armies that stood in their way of ruling the world. Although the rules of this classic board game are relatively simple, playing involves planning and strategic thinking.

Components of the Risk Board Game 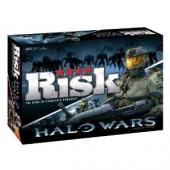 Throughout the years, there have been many variations and editions of the popular game of Risk.

There are eight editions of the original version of the game, the Risk Continental Game. In each of the editions there are changes which include the addition of new game pieces, new game cards or changes in the material or number of game pieces. Editions were released in:

Other variations ands editions of the game include:

Where to Find the Board Game Risk

The board game Risk is available at many brick and mortar locations including toy stores, big-box stores and department stores. There are also many online retailer that offer the classic board game including:

If you are looking for a new addition to your family game collection that is challenging and entertaining, the Risk board game may be the perfect game choice.